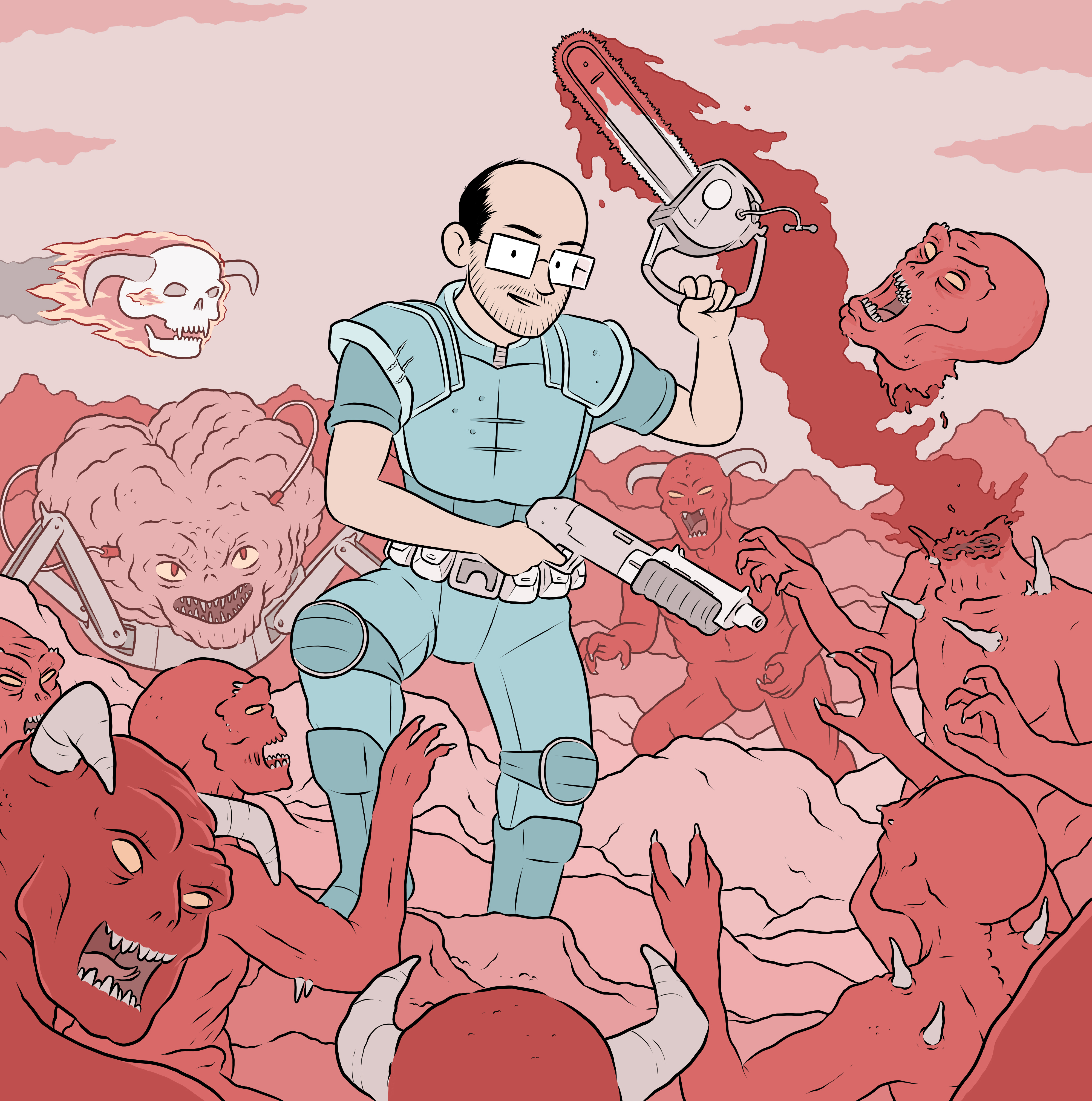 Edward Ross is an Edinburgh based comic book artist, writer and illustrator.

With an early and obsessive interest in cinema and comics, it wasn’t until after studying Film at university that he managed to combine these two interests in the form of his self-published Filmish comics. Well received by both movie fans and academics, Edward released four issues of the series between 2009 and 2013, before beginning work on Filmish – A Graphic Journey Through Film for SelfMadeHero. The book won a YASLA 2017 Great Graphic Novels for Teens award and has been translated into eight languages.

His latest graphic novel Gamish – A Graphic History of Gaming explores the amazing history of games. A love-letter to gaming in all its forms, the book sheds light on why games fascinate and compel us. The book is published by Particular Books, an imprint of Penguin Press.

Edward has also worked on a number of science themed comics in collaboration with Dr. James Hall for universities, museums, charities and research bodies. He often runs comic classes and workshops.